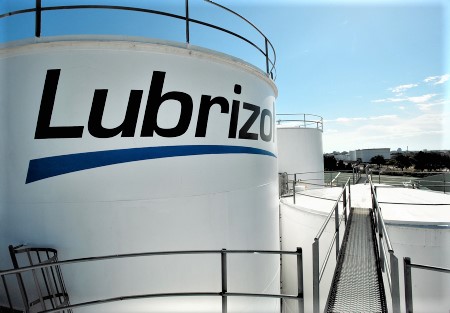 Cliff Kowall is in a unique position. He works full-time as a research fellow and corporate engineer for the Lubrizol Corporation, a specialty chemical manufacturer located near Cleveland. But every week, he drives to Pittsburgh to work as an adjunct instructor in Pitt’s Petroleum Chemical Engineering department.

Kowall is embedded within Pitt as part of a research collaboration between an industrial manufacturer and a university that is a long-term relationship with multiple departments working on multi-disciplinary projects.

Lubrizol is a $7 billion a year business that creates a varied range of products, including performance additives in lubricants, advanced materials for off-shore drilling pipe, additives in shampoo, and polymers for vaginal rings.

In 2012, Lubrizol asked Kowall to establish a research relationship with a university. Lubrizol has a history of collaboration with academic researchers going back to a 1929 partnership with then Case School of Engineering next door in Cleveland. Despite the history with Case, Kowall chose to make the two-hour drive to Pittsburgh. Pitt’s culture of collaboration across disciplines and eagerness to partner with private industry were a large part of the attraction.

“Lubrizol worked with universities for decades on one-off projects,” Kowall explains. “But we wanted an ongoing, collaborative, and interactive relationship distributed throughout a university that has a track record of research that develops products, where we could work with entire departments rather than individual professors. And the university had to be within a two-hour drive of Cleveland.”

Kowall is working with Pitt Center for Research Computing (CRC) collaborators. Chemistry and Petroleum Engineering Assistant Professor Giannis Mpourmpakis focuses much of his research on the properties and potential applications of nanomaterials, employing Pitt CRC clusters for high-performance computation to create molecular level simulations. Mpourmpakis approached Kowall about a project applying high-performance computing simulations to address a problem known as viscosity creep, a phenomenon which affects the performance of lubricating fluids.

Kowall was skeptical at first. 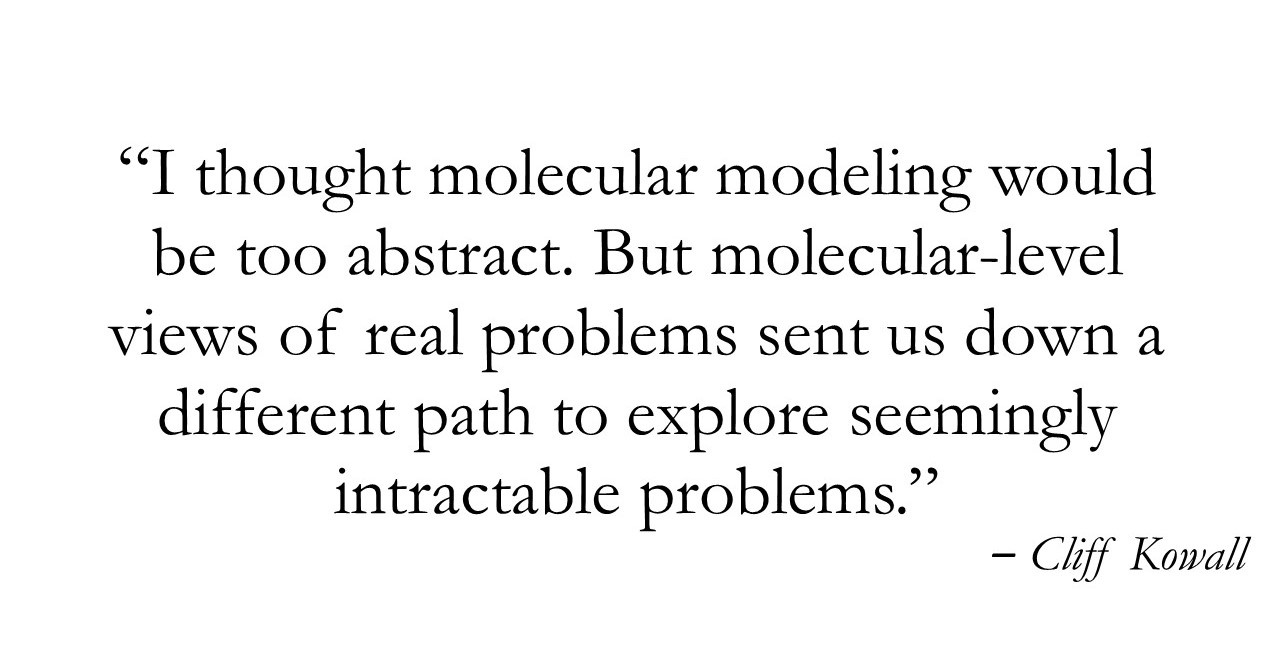 “I thought molecular modeling would be of least value – too abstract. But when we applied it, we realized we were gaining insight into historical problems,” Kowall explains. “Molecular-level views of real problems sent us down a different path to explore seemingly intractable problems.”

Mpourmpakis explains, “We applied computation to simulate the adsorption of saturated and unsaturated hydrocarbons in the pores of pure-silica and cation-exchanged ZSM-12 zeolites. [Zeolites are crystalline materials widely used industrially as both adsorbents and catalysts. Cation-exchanged zeolites are positively-charged ions within a crystalline framework.] The computational challenge is to accurately capture the interactions of molecules with the pores of large systems of zeolites at an affordable computational cost, and our calculations serve as a guide for further experiments.”

The results were published in June in the journal Industrial & Engineering Chemistry Research in the article “Computational Insights into Adsorption of C4 Hydrocarbons in 2 Cation-Exchanged ZSM-12 Zeolites 3,” co-authored by Pavlo Kostetskyy.

Lubrizol and Pitt’s collaboration has been most active in the areas of chemicals, simulation, process intensification, natural gas, and bioprocessing.

Changing the way university and industry work together requires innovative funding and intellectual property agreements. “The relationship needs a lot of trust,” Kowall explains. “We were able to easily create an intellectual property agreement between Lubrizol and the University of Pittsburgh that covers all projects where I am in the role of project manager. We don’t require negotiations for individual projects.” The current four-year agreement is set to renew for three years, after which it becomes evergreen.

The Pitt/Lubrizol collaboration is attracting outside funding. In 2017 Pitt and Lubrizol were awarded a collaborative grant for research into clean energy chemical manufacturing as part of the U.S. Department of Energy’s Rapid Advancement in Process Intensification Deployment (RAPID) initiative, which seeks improve energy efficiency and industrial productivity through process intensification and modular manufacturing. The grant, along with contributions from Pitt and Lubrizol, will total $7.5 million over a four-year period.